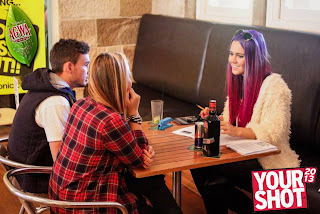 I've been in love with music and performance ever since I was old enough to dance/bop up and down to 'Doop' by Doop in my nappy. So it's no surprise that I jumped at the chance to shoot myself to DJ stardom. Early this year I took the private DJ lesson that my best friend got me for my 18th birthday at DJ Warehouse in Leichhardt.  After the lesson my instructor showed me a flyer about a competition for amateurs called 'Your Shot'. In May this Year I attended the competition with a close friend of mine who is a musical genius and aspiring DJ.

It was on a Saturday Morning so I had to take the day off work to go to GreenWood Hotel in North Sydney. I woke up at 6am to pick up my mate and get on a train by 7 to beat the massive queue. We ended up getting there earlier than most people. Only three people were there before us and the Your Shot crew hadn't even started setting up yet. We walked around the shopping centre and listened to some music to pass some time before the 11am start.

Even though we were amongst the first five to arrive, we didn't know where the line was going to start. Everyone was just sitting in the beer garden. So when the security guard told everyone where to form a line it was chaos. People started running to get a prime spot. Phones were dropped and there was panic! Luckily I wasn't standing too far from where the line was and we ended up being 33rd and 34th in line. Something like that. 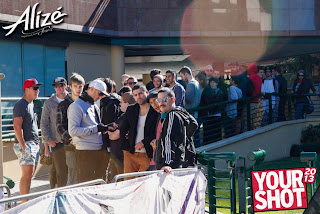 As we walked in we were handed a form to fill out. Listing our music interests, availabilities for training and performance and asking a couple of other normal details. We also had to attach a picture of ourselves. We waited for our numbers to be called to the interview room where we would have an extremely brief (5 minute) interview. The interviewers are made up of past contestants (like Dara AKA Tigerlily) and DJs. We would be notified by the night if we had made it to the top 72 in NSW.

Neither of us got the call but that was a relief for me because if I made it, I would have had to call in sick to work the next day to attend orientation.

It was a fun experience and I would definitely like to try it out again next year! The prizes are amazing. 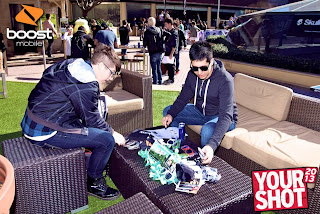 Posted by The Pinnacle Foundation at 8:59 pm