An update on uni life 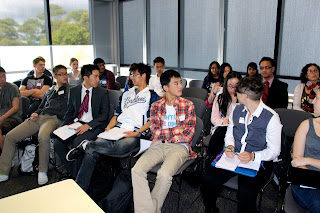 Hello everybody! It has been a while since my last blog because I have been super busy! Aren't we all though? I wanted to give you an update on how life at Macquarie is for me.

I can't believe the first semester of uni is almost over. As I write this, I only have one exam to go. The first two were surprisingly easy (or so I think. Let's wait 'til I get the marks back). The one coming up in a couple days is going to be the hardest. 2 hours for three long response questions. I am normally really good at this sort of thing but I haven't been paying as much attention to this subject as it has been the least interesting for me when I thought it would be my favourite. It is Human Resource Management. The subject I wanted to major in. Yes it has only been one semester and I could have just had a bad unit or lecturer or whatever, but I really don't feel interested anymore.

So far outside of class, I have attended one Uni Bar party, a few Sydney Uni parties (and actually made more friends there than I have at my own uni) participated in the FirstSTEP mentoring program for business students, went to the careers fair, gone to see a uni soccer game, participated in a drum performance, participated in a casual drum circle and attended a resume writing class of which I have included a photo of.

The one good thing about that class is that I made a friend. I hang out in the 'Queer Space' in between classes at uni and one day early in the semester before a lecture I saw a girl with the same textbook as me. I asked her if she was going to the lecture that was on in ten minutes and she said yes. We walked there together and sat next to each other and it became a routine (until we were both bored out of our brains and skipped the last few lectures [which is terrible and I never thought I would be the kind of person to skip lectures - especially in my first semester but I just lost interest]). We had a group assignment for the tutorial class and joined together with another guy.  We had two assessments to do together. A debate and an essay. We were a good team because our marks were at the upper end of the scale in our class. 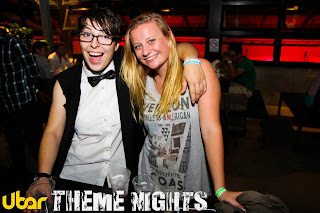 I have been seeing the careers adviser as of about a month ago and just had my third session with her today. She is much more helpful than my high school careers adviser ever was. I can't wait to do the homework she sets for me every week so I can get closer to finding a career path that makes sense. I was feeling extremely stressed and anxious before my first appointment because I couldn't stop thinking of all the money and time I was wasting doing a course that isn't right for me. I actually booked an appointment with the counsellor because I just needed to vent about the hard time I was having at uni. I hated going to campus because I wasn't enjoying anything.

After class when I would go and get something to eat and sit up in the queer space to try and socialise, I would just eat and observe everyone's conversations. Due to the fact that I have two jobs and live a fair way away from campus I don't spend much time there. I go to class, have a meal or snack and go. Everyone around me spent most of their week on campus and was making close bonds with everyone. Or they were in their second or third year and had groups of friends formed already. I felt like an intruder. I still do around some people. Things are starting to get a little better. A couple people always make the effort to talk to me even when they are already in a conversation when they see me. I am in the music society and after joining a drum circle, one of the members invited me to his place for the next time he has a jam session. That made my day. He barely knows me and he showed so much kindness and warmth.

My Croatian class is full of people that I get along with. It is a very interactive class every week so we have gotten to know each other very well. I love them all so much and they make my day every time I see them. After the final exam we all went to Max Brenner and had a delicious reward together. We sat and talked for a couple hours. It was lovely. After one of the girls I was studying with said she was craving schnitzel, the Cro in me kicked in and invited the whole class over for dinner. I had planned to make schnitzel later in the week anyway so it was perfect. A few people were available and made the journey to my little town house in the western suburbs to eat on a Thursday night. It was a great night and I felt like I was in an episode of 'Come Dine With Me', just without any negative comments!

So that's a lot of information to take in and I have even more stories to tell. However there are many more blogs to write so stay tuned to keep updated! Thank you for reading. 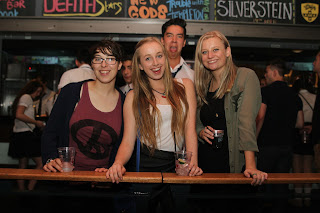 Posted by The Pinnacle Foundation at 5:44 pm