So I have always been one to put my hand up and participate in anything and everything that was thrown at me. If it's exciting, if it's for a good cause, if I'm learning or helping someone out I like to be involved. A quick summary of my extracurricular activities include; public speaking, dirt bike riding from the age of about four, karate when I was about 6 years old, netball from ages 8-10, tap dancing for a couple years after, baseball, debating, drama (TV, Film & Theatre) classes for three or four years, football (soccer) for most of my high school years, musical theatre, music (I play a couple instruments well and try to play many more [I even have a trumpet that I have always wanted to perfect but never stuck with it]), being on the Student Rep Council and probably a few more things.

Being a part of all of these little communities and social groups led me to many great events. From hosting my drama school's annual 'Silver Screen Awards' to shaving my head and helping organise other fundraisers as part of the SRC to performing with my band (that was formed at school) at the grand final of the Mounties 'Battle of the Bands' competition. I have performed at Fairfield City Council's annual youth festival 'Bring it On!' as well as volunteered there helping out the NSW Family Planning stall which was taking photo's for the This is Oz campaign (http://www.thisisoz.com.au/). By performing a pantomime titled 'Jungle Jack and Jill' I was able to entertain audiences at the Cancer Council's Relay for Life, McHappy Day and the Teddy Bear's Picnic. I do these things because they are fun, rewarding, a great way to socialise and build experience and valuable communication and performance skills. 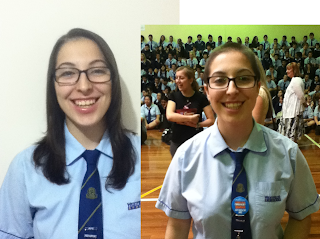 The extracurricular activity that has brought me the most joy is being a big part of the CAPA faculty at high school. I still miss my drama class to this day. The students and my amazing teacher Pat. I miss the music rooms, the fancy instruments I got to use and just collaborating with so many talented and creative minds. Drama took me to participate in the annual Manly festival. My class was lucky enough to make massive lanterns shaped as saxophones and double basses. We got to march with them down to the beach in the parade. For my major group project I became very close with the two other girls I was working with. We performed in assembly in front of hundreds of students. None of the drama students wanted to perform in the senior assembly and they chose to perform to the year 7's and 8's & 9's. On the day, the M.C. announced that it was time for our performance and the moment came for us to walk into a packed school stadium. As we took our positions we were all hoping not to embarrass ourselves. After the first couple of lines the audience reacted better than we could have hoped for. The moment of joy and relief when they understood our performance and laughed and clapped was a moment I will never forget. I love performing. The rush. The adrenaline. The way I can evoke so many emotions from the people watching.
Being actively involved in music at school brought me so much happiness. The teacher that made my high school experience so much more enriched is Teresa. She believes in so many young musicians and encourages everyone to perform, no matter what their skill level is. As a result of having this lovely woman around, I participated in numerous little gigs at school, numerous assemblies and in the annual music night at our local club. I was placed in a myriad of ensembles and worked my way up to the 'elite ensemble'. From this group we formed 'G62' (named after the classroom we spent the majority of our time practicing in during our spare time and even during school holidays). Being in G62 brought so many opportunities. From band competitions to recording our original songs in a studio and being interviewed on Hope 103.2. I also got to sing the song I wrote at the grand final of the Battle of the Bands. I assisted the woodwind ensemble, the vocal ensemble and other groups in their performances because I was the go-to drummer and I loved it! 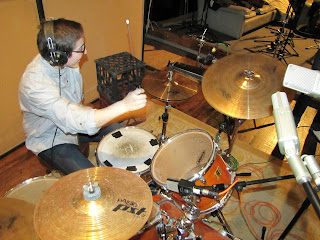 I take advantage of everything that is offered to me. Before university started, I participated in activities for 'future students' like 'Macquarie in a Day' and open day. During the first week of uni holidays I attended a careers workshop that focussed on resume writing. I take as much information in as I can when it is offered to me... as long as it doesn't involve reading journal articles because they are boring 99.9% of the time. I'm supposed to be doing my first assignment that is due first day back at the moment but I am writing this because I love the Pinnacle Foundation and I love the blogs!
In summary my drama teacher left our class with some advice on our last day. She told us to participate in life. To be proactive and be involved in as many things as we can. To take life easy and to do what makes us happy. Everyone started crying. She was so right. Thank you Pat D.W. 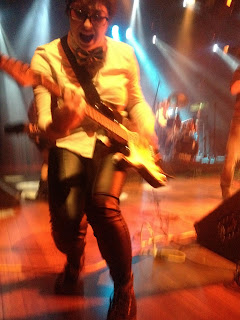 By DIBS
Posted by The Pinnacle Foundation at 11:30 am